Kolkata, 1st June 2018: Media Connect organized a Cookery Workshop with SANJEEV KAPOOR, the Ace Master Chef and the King of Cooking today on 26th May 2018 (Saturday) at Sapphire Banquet (on EM Bypass), Kolkata. Sanjeev Kapoor is the most celebrated face of Indian cuisine today. He is Chef extraordinaire, runs a successful TV Channel ‘FoodFood’, author of best-selling cookbooks, restaurateur and winner of several culinary awards! He is living his dream of making Indian cuisine the number one in the world and empowering Indian women through the power of cooking to become self-sufficient. Chef Kapoor has also been conferred with ‘Best Chef of India’ award by the Government of India. So, the City of Joy, Kolkata was lucky enough to get a chance to give their cooking dreams a flight by learning culinary skills from the Master Chef himself! The event was attended by eminent personalities as chief guests which included: Mrs. Shobha Indani (Renowned Chef from Pune); Mrs. Ruchika Gupta (Director, Sanmarg) and many others. 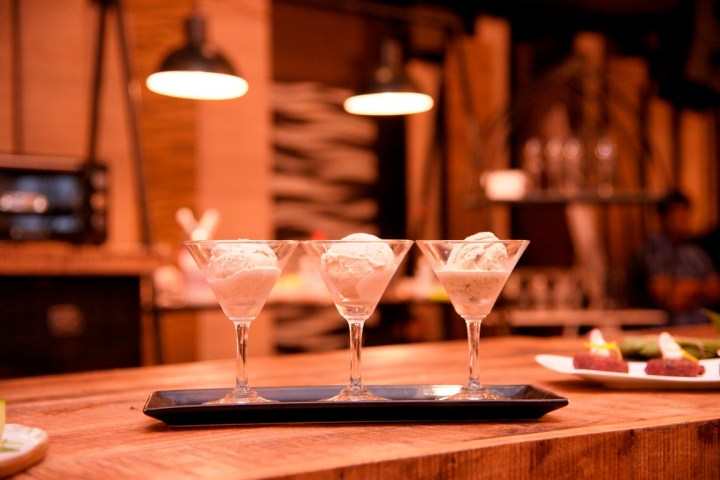 On this occasion, Mr. Ankit Agarwal, Co-owner of Media Connect as one of the organizer said “After the first season, which was a superhit two years back, we feel honored to organize this event of Cookery workshop with Sanjeev Kapoor once again because as we all know the Chef has been casting magic spell among the foodies, across the globe, through his delightful delicacies. We wanted the Kolkata foodies to get a chance to learn from the King of Chefs once again.”

Speaking about the event, Mrs. Prerna Kothari Fomra, Co-owner of Media Connect as one of the organizer said, “Sanjeev Kapoor is the most celebrated face of Indian Cuisine. It is truly said that the belly rules the mind and the Master Chef has proved this quote, time and again. He was here with us once again to share his cooking secrets with the City of Joy, Kolkata. The workshop provided the participants a flight to their cooking dreams where each & every participant gave this feedback that they started to love cooking even more after the workshop and remarked that It’s not every day that we get a chance to meet celebrated Chef Sanjeev Kapoor, whose recipes we’ve tried to replicate in the kitchen for years.”

Talking about the success of the event, Mr. Siddharth Sawansukha, MD , Sawansukha Jewellers said, “The workshop which showcased his magical mastery was open to chefs, housewives, connoisseurs and everyone who could gain immensely on the art of making dishes of the exotic variety from the practical lessons and pep talk that the genial and affable globe-trotting Sanjeev Kapoor delivered. It was indeed a pleasure to be a part of this event.”

— The Press Release was published as received.

This site uses Akismet to reduce spam. Learn how your comment data is processed.

How To Knead Atta

Translate to Your Native Language